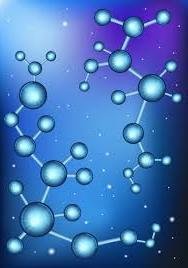 We have already touched upon this, but let us repeat and re-emphasise that the growth of the Church is on the principle of life.  We can never go about this world gathering people together, asking them to accept certain things which we say about Christ, and then forming them into churches. The Lord has not called upon us to form churches. That is not our business. Would to God men had recognised the fact.  A very different situation would obtain today from what exists, if that had been recognised.

It is the Lord Who expands His Church, Who governs its growth. What we have to do is to live in the place of His appointment in the power of His resurrection. If, in the midst of others, the Lord can get but two of His children, in whom His life is full and free, to live on the basis of that life, and not to seek to gather others to themselves or to get them to congregate together on the basis of their acceptance of certain truths or teaching, but simply to witness to what Christ means and is to them, then He has an open way. A witness is simply and livingly borne in this way, one and another will be provoked at length to say: I do wish I had what they have! And another will say: I covet that one’s experience. It is just what I have been seeking for! Such as these will either come to inquire the way of salvation, or opportunity will be found to lead them to the Lord.

It is in this way that the Church grows. Its growth may be furthered at a street corner as you preach Christ and someone responds, and believing on Christ with the heart and confessing Him as Lord with the mouth, life is given by the Spirit, and that one becomes the Lord’s. The Church is not increased by your going and taking a building and trying to get people to come to it, and to your meetings, and then forming them, by a church roll, into a local church. That is not the way. Growth is by life, and this, to begin with, may be by the entering into life of but one soul, and then after a long waiting time of another; or it may be more rapid. But the point is that it is increase because of life. That is the growth of the Church.

For the growth of His Church, the Lord must have life channels, life centres. I believe that, given a life centre, sooner or later one of two things will happen, that it will be abundantly manifest that Christ is fully and finally rejected there, or else there will be an adding, a growth. There is tremendous power in life, and the life of the Lord either kills or quickens. It depends on the attitude taken toward it. He is a savour of life unto life, or of death unto death. Things can never remain neutral. What the Lord needs is life centres.
.
The irreducible minimum, and yet the adequate means, to begin with, is two; two who are one in His life, two in whom there is co-operation in that life. He sent them forth two by two. That is the nucleus of the Church. It is such as these that the enemy will endeavour to kill, to quench, or to separate, and thus to ruin them spiritually, so far as their value to the Lord is concerned for propagation. Remember that! The Lord’s advantage is bound up with a fellowship of two in the one life.
.
We can see now why in the main issue it is so important that all the resources of the risen Lord should be tapped by us, should be lived upon, drawn upon, why these spiritual, secret, heavenly resources of His life, His fulness, should thus become the basis of our lives. Their purpose does not end with ourselves, nor is it something for ourselves, and if we turn them to that end we shall die. That provision is for the Lord’s end, which is reproduction, the reproduction of His own risen life.
.
The full article by T.Austin Sparks can be found at: http://www.austin-sparks.net/english/books/002226.html

Also see: House of Peace or House of Cards and Pausing for Reflection

This website only gets occasional posts. Mostly, I post at IntimateKingdom.com, which is a conversational study through the Song of Songs. Would you like to get new posts sent to you by email?