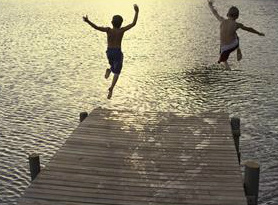 When I was seven, my parents moved out of the city and built a home in the country. What a blessing to discover the nearest neighbors had a boy and girl the same age as my brother and I. We had so many adventures! Fields, woods, a pond — it was endless the places we magically transformed by our imaginations. Those were the days we could play from dawn to dusk, without a care in the world.

Until the day breaks and the shadows flee, turn to me, my love, and be like a gazelle on the mountains. – Song 2:17

I remember a bird call we used to invite our friends to play. If they didn’t hear this high-pitched sound across the cornfield and respond with the same, we’d ride our bikes to their house and ask them directly.

When a spiritual father was on his death bed, I asked him what he would wish for me to do more of after he is gone. His response? “Play more.”

That was not the answer I expected! But the truth is, play (and its  twin, “rest”) is what I find the hardest to do. Serving, working, and being “effective” (or trying to be) are all things that come more naturally for me.

As I’m being prepared for the next section of the Song, which begins with 1:15/16 and continues through Chapter 2 — I see how much of it takes place outdoors. And it’s playful! For our two lovers, the forest is turned into their bedroom. Rocks and caves become places to play hide and seek. And hills are simply springboards to leap back and forth to each other.

As it is, Love gives wings to work, and transforms the mundane into the marvelous. Whenever I find myself stressed by all the “to-do’s” on my list — it is always because I’ve allowed my love life with Jesus to get too dry and “adult-like.”

My prayer is that what is coming next in the Song of Songs rekindles all the spiritual playfulness, creativity, and “first love” works that God intends for us in His “Intimate Kingdom!”

Why do you not love Me now as you did at first?
Think about how far you have fallen!
I beseech you to turn around, and do the works of love you used to do.
– From Revelation 2:4,5.

P.S.  On that note, here’s a delightful song (below) to bask in: John Denver’s “You Fill Up My Senses.”

The other day I was watching a PBS special about mountain climbing, and while most of it didn’t engage me, I was captivated by a certain painting of men climbing the side of a mountain.  Each man was standing on another person’s shoulders, like a living ladder, going higher and higher into heaven.  The commenter said it symbolized all the lives lost throughout history in the pursuit of reaching the highest peaks of the world.

For some reason I kept thinking about this image, and how it relates to the Lord’s Bride – or the “Intimate Kingdom” as I’ve been calling it here. Like mountain climbers, she is a people with an unexplainable and insatiable desire for being closer to Christ, and where He is, no matter how high, dangerous or costly it is.  Except that unlike the quest to reach a mountaintop, this is not a race to be the first to plant a flag!  Nor is it trying to reach a spiritual pinnacle separate from others!  Rather, what I saw was an intimate and accountable building-block structure of heavenly people built into, and upon each other for a unified purpose.  Everyone is connected via His life, and it includes mothers, fathers, and older brothers and sisters in Christ who come before to encourage and carry on their shoulders those spiritually younger to reach higher heights, and more safely, than they themselves have or ever will.

Our Teacher, the Ants

Have you ever seen ants link themselves together?  There are certain ones that do this to make living structures such as bridges, rafts, and towers. It’s amazing! (there are many YouTube videos about them).  When I saw the painting of a human tower on T.V., I thought of the ants.  They are such a stunning picture from creation of having a single mind and heart, and what it looks like when people become connected together in love via a revelation of Christ in each other for a purpose higher than themselves!

The Upside Down Kingdom

The most critical and foundational aspect to what I’m seeing in this “living ladder,” however, is what is at the bottom supporting the entire structure.  It is Jesus Christ and His unique work on the Cross of loving us.  It is His mind that is the mind of the whole, and probably nothing says it better than this passage:

Have this mind in you, which was also in Christ Jesus, who was in very nature God, but did not consider this to be something to use for His own advantage.  He emptied himself by taking the form of a servant, in the likeness of man; and He humbled Himself by becoming obedient to the point of death – even to death on a cross.  Phil. 2:5-8

It is this humility that is most striking about the Lord’s “Intimate Kingdom!”  It is how He is building His Church.  Each person operates with a restful confidence that when someone who is connected to them makes it to the top, they will effectively become a tower, or a bridge, for the world to see and experience Christ!

I pray that they may all be one, and united with us…
That the world may believe that you sent me… John 17:21

“And the multitude of them that believed
were of one heart and of one soul.”   Acts 4:32 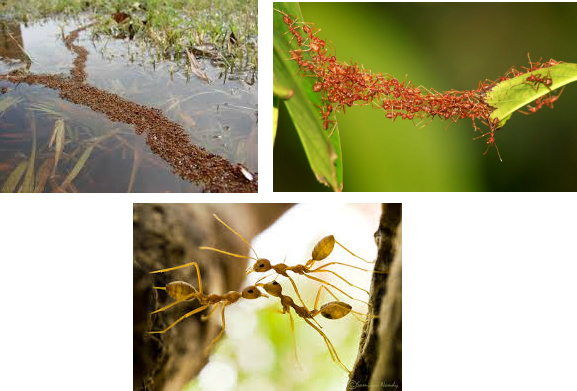 “If the Lord can get but two of His children,
in whom His life is full and free,
to live on the basis of that life…
then He has an open way.”
~ T.Austin Sparks

For more, see “The Growth of the Church” by T. Austin Sparks